So, what does 2018 hold? Well, after three years of teething problems with our new mast, we hope that Cetewayo will be ready for a full season racing to work up her full potential with the new rig. The only addition will be a replacement boom for the one that snapped and a few running rigging refinements. With lots of practice and some luck, we hope to have a full and successful season without the destructive sailing God’s unhelpful interventions with the plethora of breakages! 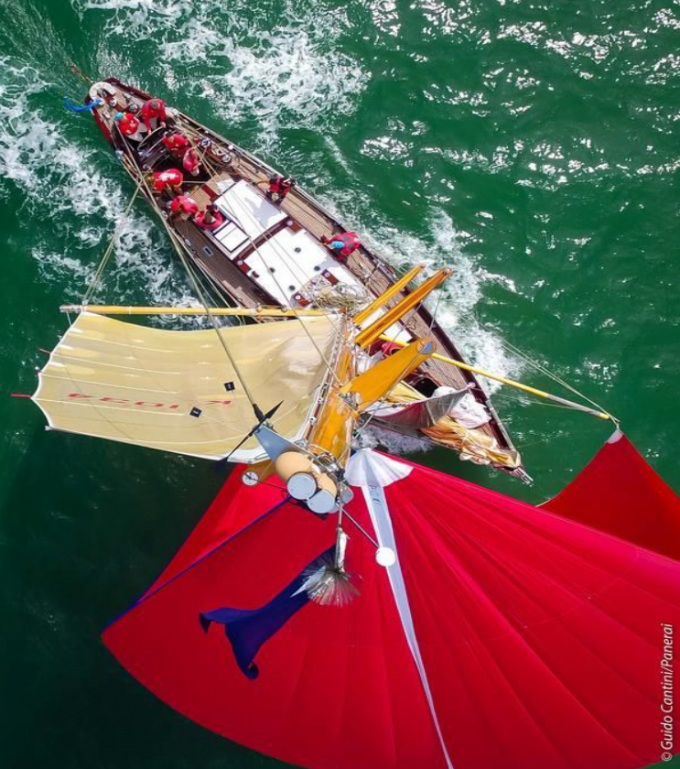 This iconic shot of Cetewayo taken by drone was probably the best thing that happened during what was a very challenging season.

After the loss of our spinnaker in the previous year, we decide to reduce the 164m kite with a slightly smaller one at the gain of 0.6% of her handicap. However, it turned out that we replaced a fast large kite for a slow, smaller kite (a design hiccup) and our downwind speed was severely lacking. This will need to be rectified in 2018.

Overall 2017 was a year when the sailing gods showed that we were just not favoured. Firstly, the steering broke the moment the boat was re-launched requiring a new worm drive, but the good news it was on the refit list for the next year so we got ahead of ourselves by replacing it early!. Next, we realised that the halyards had been threaded behind the stem balls inside the hollow mast section, creating massive friction on the halyard during any sail hoist or drop. After 5 weeks of trying to rectify the problem on the mooring, reluctantly, we had the mast lifted out again. Once on the dock we rethreaded the halyards, and the mast was put back into the boat on the same day. This solved the friction problem.

We were thus breaking all the normal rules of good preparation, the next day racing for the first time in the season in the RIR which despite the strong winds went very well. The following week we went to the BCYC 2017 with a young untrained and unpracticed crew with nasty consequences. 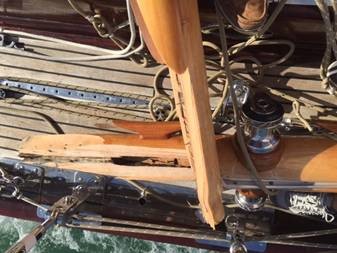 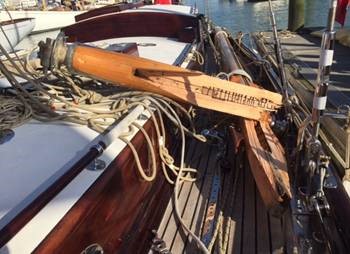 The day before the regatta on the last run home our boom broke. But thanks to Laurie of Lallows the repair was made overnight allowing us to race the next day. That day started well as we got ahead of our class, to see our lead eroded by a sea breeze that filled in from behind. 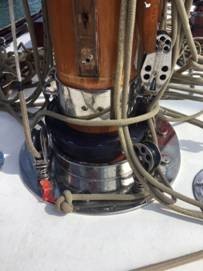 The next day after getting ahead of all but a few of the fleet during the Nab tower race in a rough and windy west Solent chop, our spartite mast collar popped out, causing us to retire (we have subsequently added a modification that prevents this for happening again). During the next few days, most of our races were imparted with bizarre smaller breakages and impairments that resulted in a disappointing fourth place overall. The hidden lining however, was the new crew members that we welcomed to our squad for 2018. Later in the season after the BCYC race debrief we implemented a major change to the jib lead to optimise upwind racing and change the boats acceleration and upwind performance. We are very excited about this new configuration and how it will improve our speed in 2018. 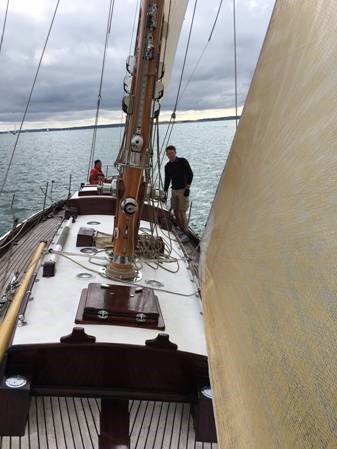 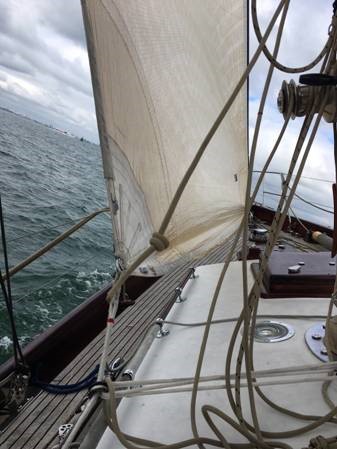 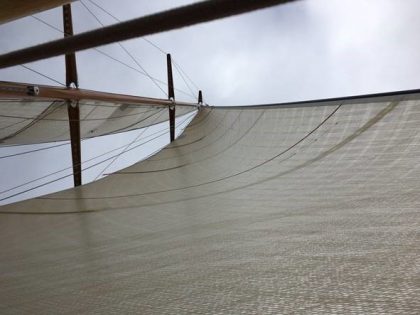 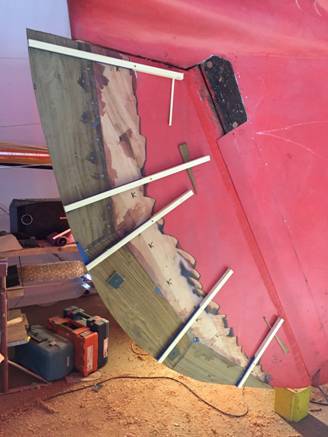 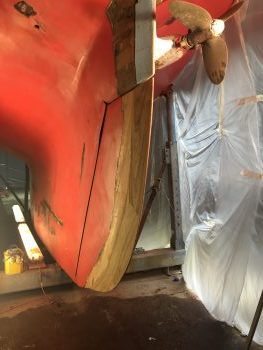 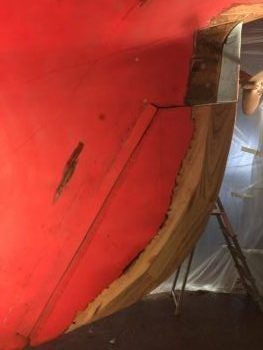 The one and only modification made to Cetewayo over the 2016-2017 winter was to extend and fair her rudder to reduce drag with a finer exit profile and provide more grip in the water to allow the helmsman to steer inside the sometimes horrendous roles downwind that. This was a very successful modification that indeed worked although there is a hint of doubt that it may have caused extra drag when too much rudder was needed upwind, necessitating careful sailing to balance the boat. We had a good RIR but during a second big broach again off Dunnose point, we damaged the mast halyard exits for the Jib. This required a major repair in situ to allow us to race in the BCYC the next week. 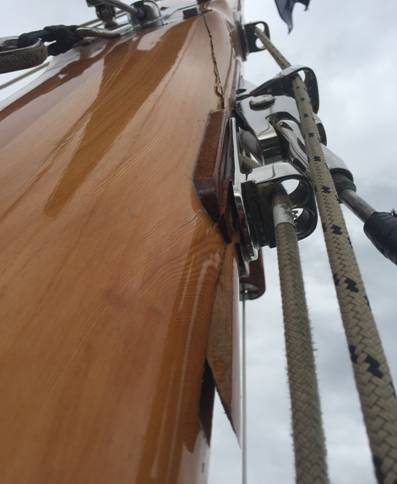 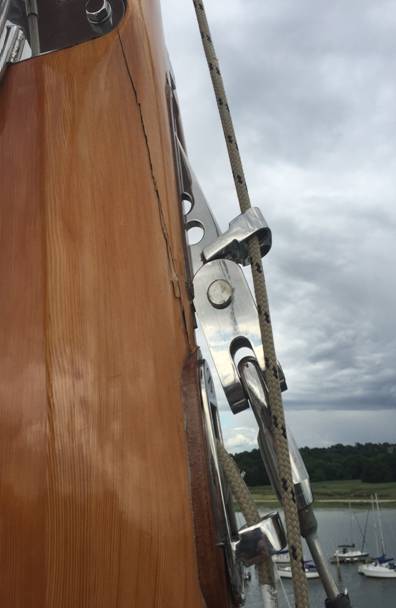 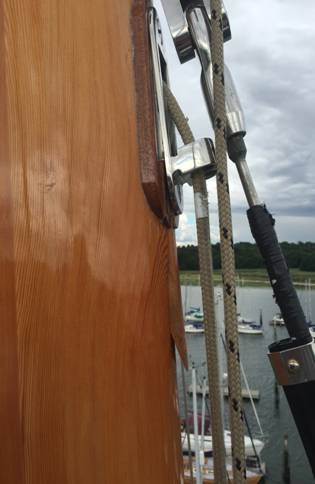 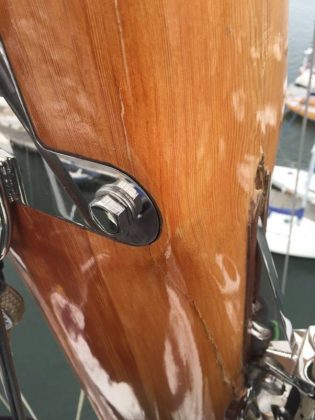 But against all the odds we got her ready for the event with a day to spare. We started very well and were looking good until on the Thursday during a windward drop we ran over our big new and very fast Kite splitting it into many pieces, and for subsequent races we were underpowered and that made the difference from second place behind Whooper to joint third place with we lost on count back pushing us into fourth. 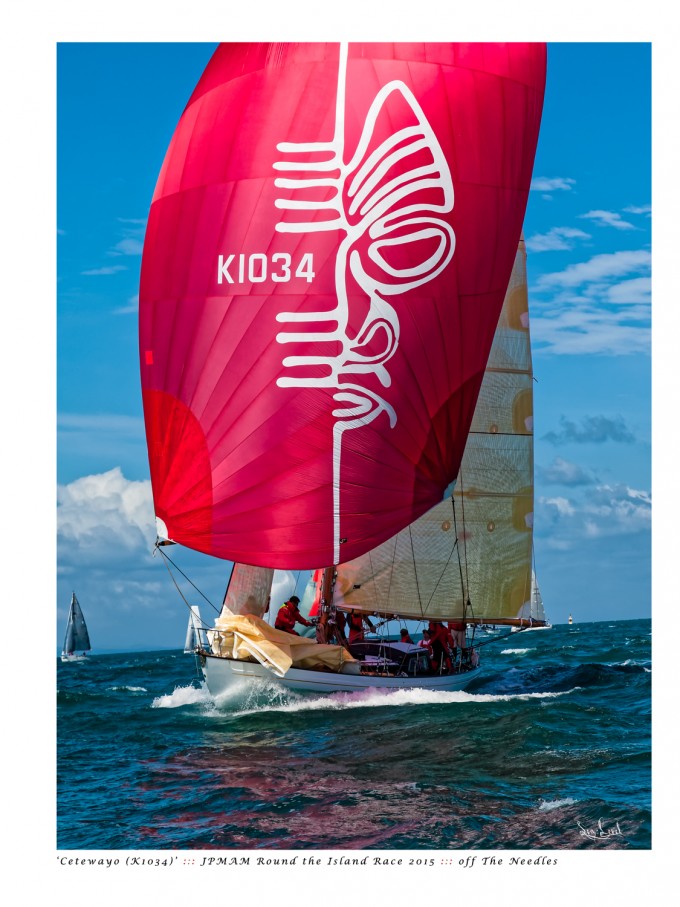 A great deal of hard work went into the conceptualisation of the new rig that essentially increased the sail area by 14m from 104 to 118m upwind (13%) and from 196m to 232Mm(18%) downwind. Most importantly the genoas with their wide sheeting angle and slow tacking characteristics were replaced with jibs of the same size and a narrower sheeting angle. Consequently the handicap increased by 3% for these changes and in effect she became optimised for lighter winds and less so for strong airs. The new mast was designed by the late Theo Rye with inputs from Gio Belgrano. Once the design was completed the rig was build in Columbian pine by Jeremy Freeland of Collars and the rigging made by HYS rigging services. The refit took longer that expected and then once we got in the water we had a few major teething problems, including the mast crane folding on day 5 as it was not strong enough and simultaneously the forestay plate was not attached strongly enough in its new forward position and pulled out, forcing us to retire from the RYS Regatta after a spectacular pair of races in which our new rig gave a tantalising view of its light wind potential.

This setback necessitated another month ashore for the modifications but we got her back in the water just in time for the 2015 RIR which proved to be a windy ride. Especially down the back of the island with our big new kite up in 25 knots of breeze when off Dunnose where overpowered in the steep overfills as the gusts reached 28knots we managed to broach. But with her long keel she laid over on her side and tracked on during the broach at speed. Then quickly with the main out and spinnaker sheet let off, we were able to bear away and get the kite sheeted in and off we went again like a bomb, only slightly traumatised!

During the course of the seasons two big regattas with an expert crew aboard we found that she had become an upwind rocket ship in light airs and that real problem was how to depower her as the breeze built. However despite these new performance characteristics  and some strong wind races we went on to win our class at the BCYC and come second in class at the RYS Centenary regattas. A cracking result after a very challenging mast refit. Overall The verdict was that out new mast was a great addition, as it transformed a heavy boat from being slow in light airs to become a rocket ship. However our obvious challenge going forward will be to learn to sail her under control and fast in the stronger wind ranges.

We also rebranded the sails with a new logo designed in Cape town and representing a left eyed Zulu warrior to represent this new chapter in Cetewayos life. 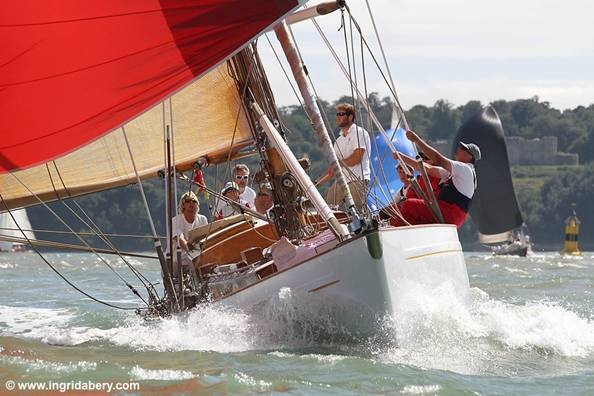 After the experience of the 2014 season when the winds were light and Cetewayos underpowered sail plan in relation to her weight became more apparent than ever. Meanwhile our competition had become faster. Consequently it was decided to implement a long held plan to change the rig and sail plan.